The new pool is designed in the specific Zagreb context of the Dubrava estate. It is a space where individual residential buildings meet fragments of modernist urbanism creating a series of unusual situations. As a result a city collage is formed, which in many respects is emblematic for other edge parts of Zagreb.

In the floor plan and section a spatial loop has been created connecting  pools, the hall and the entrance area. The level of the ground floor is lower and draws visitors under the pool, opening a small sports hall through a series of spatial sequences to exterior. At the same time, the positioning  of the pools creates fluidity and opening to the exterior on the northern and southern fronts. This orientation of the pool in the direction north-south is the result of immediate neighbourhood church and a residential skyscraper, as well as logical extensions of the pedestrian paths.

The plot with its immediate surroundings tests the character of the intimacy while bathing and semi-nudity of individuals. On the one side, exposure to the upper floors of skyscrapers, and on the other side of the church plateau. In such a scenario, pool visitors become exhibits, topics of conversation and motifs of views.

Location at the traffic intersection prevents the usual opening of the swimming pool to the south. As a strategy, the elevation of the pool floor to the height of the first storey was used, as well as its closure and perforation towards the neighborhood in the east and west.

The result is a seemingly autonomous form, which investigates the possibilities of this typology, while simultaneously creating public and semi-public spaces.

The seemingly small area has been treated as a complex architectural space. The elevation of the pool creates almost metropolitan feeling of bathing and swimming with a view of the city. At the same time, elevated glass facade becomes screens outward, which directly communicate the public character of the new pool. 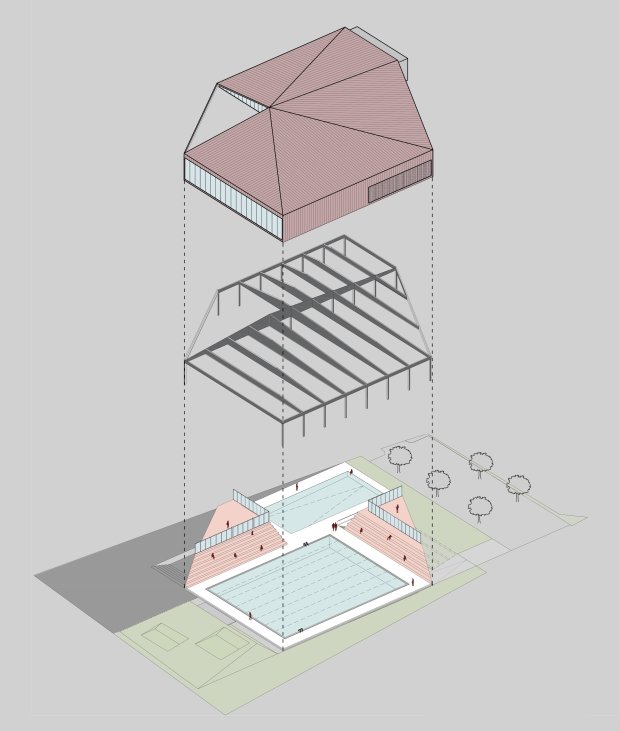 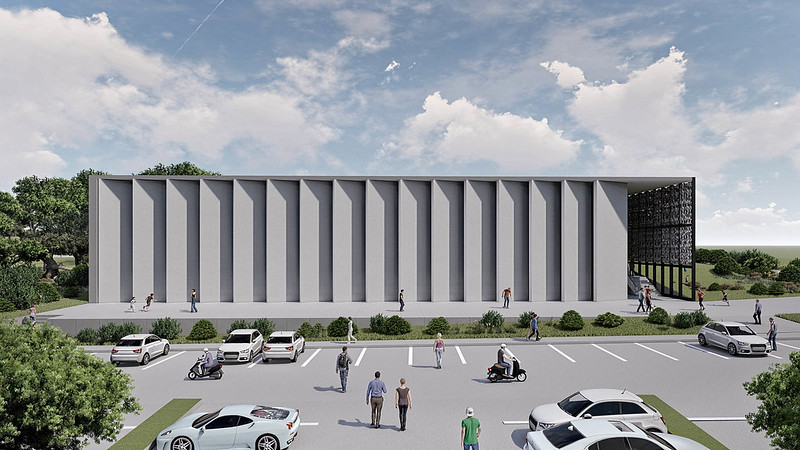 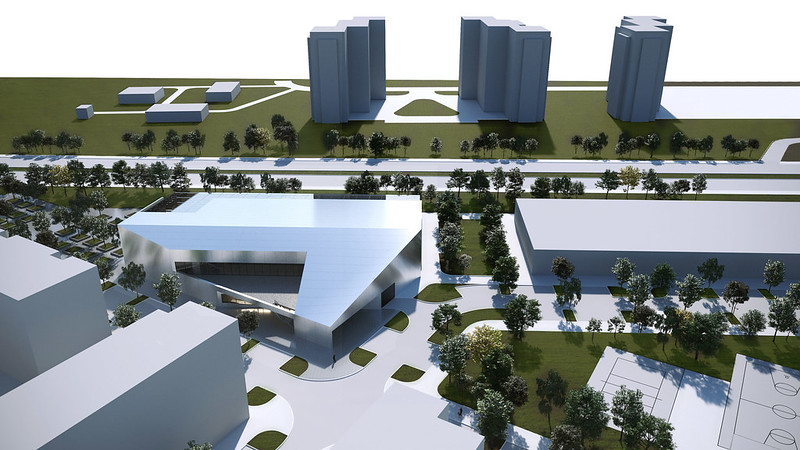 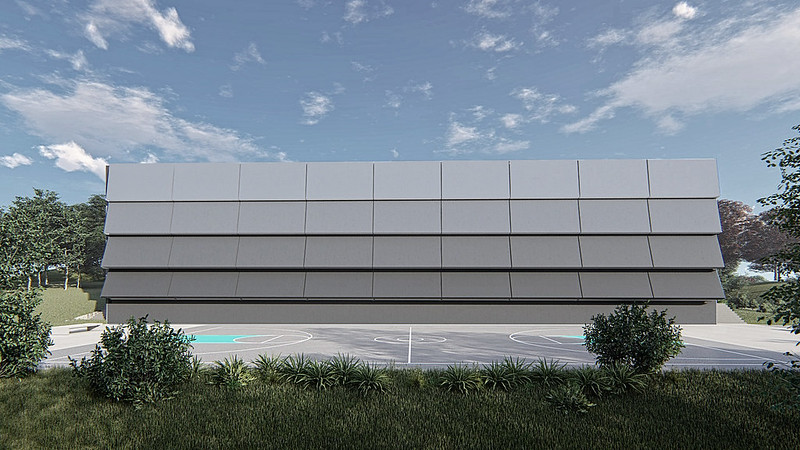 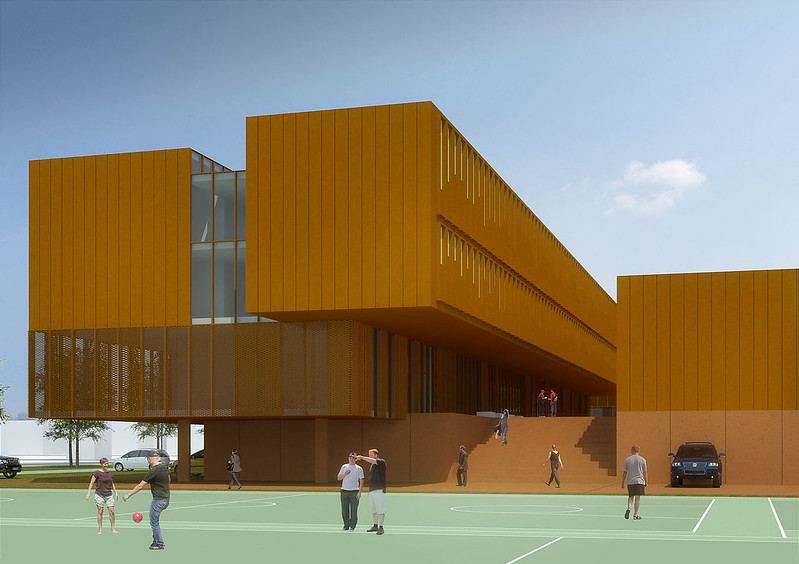