FN house — Together and yet apart

FN House in Zagreb, the capital of Croatia, is an example of residential architecture that successfully combines the subjects of common living and a family house. This sensitive subject is one of the leading determinants of higher level housing construction in the Croatian suburbs, especially in Zagreb. This project was approached rationally in order to satisfy the market demands of building for an unknown user while at the same time achieving high architectural and residential quality through inventive concepts of houses. The project also entered into critical polemics with the expansion typical for all Croatian suburban areas and articulated building as a cluster of many individualized elements.

The density of buildings belongs more to an urban than a rural ambiance, but this project manages to master this density in an adequate way, forming a complex that follows the direction of the street and public area from one side, and logically opens towards an incline and a orchard on the inner side of the plot, thus making it a more intimate and protected common garden for all the inhabitants. A certain contrast that appears between the basically highly cultivated FN House and the chaotic surrounding area is augmented by the fact that it is situated in a zone that, based on its position, gravitates more towards the urban Zagreb area than the rural ambiance. In that view it sets new standards of behavior in this area, which should be followed by future construction projects.

Moreover, it is an extension of the tradition of modernist buildings that have been very common in Zagreb since the 1930s and thus establishes a cultural continuity and converts healthy principles of building heritage into a contemporary situation.

It is especially important to note that the building relates to the surrounding public space in a harmonious and logical way. Zoning conditions such as keeping the street corridor free have been interpreted in the sense of a correct relationship to the public domain and in the sense of developing the functioning of the house on a topographically complicated location. The organization of the plot has been intelligently thought through: open space is retracted in the borders of the building beneath which the terrain freely flows and so the body of the house creates its own micro-urban context.

The house consists of 4 residential units integrated by a common entrance area. One residential unit stretches through the “floating” elevated ground floor while the other three are situated in separate mini towers whose height is two and three floors respectively. The basic concept of the apartments in towers is simply and consequently carried out: in the lower, entrance floor there is the area with bedrooms and bathrooms while upper floors have been used for attractive living rooms with kitchens and dining room areas, which are oriented to both sides. Frontal sides of these apartments are of glass and adequately use the favorable position on a hill in order to enable nice views towards the picturesque surrounding and Zagreb. All the apartments have loggias or spacious terraces whose intimacy has been preserved by protecting them from the neighbors’ views. Even though the disposition of the house is relatively simple, a whole series of different relationship between the open interior space has been achieved and thus each residential unit opens up differently towards its own outer extensions, which are situated on the ground floor, on the flat roof of the first floor and the roof of the mid and highest block.

The architectural concept is based on the effort to achieve maximal residential quality with the use of the simplest building devices and spatial solutions. Thus the architect focused on optimization of investment and the result. Therefore the details of the house are simple and its dynamic composition is argumented with pragmatic solutions, by formation of an inter-space i.e. terraces and the relationship towards topography.

The look of the house is geometrically simple as well as specific because it introduces an urban identity into a suburban ambiance. The compositional concept directly stems from the disposition of residential units and the supporting system. Closed sides of the prism function statically as high-walled girders, which enabled the console projection of the volume above the hill. As a counterpoint to the side walls the architect added completely glassed walls and so created a harmonious and purified relationship between full and “empty” transparent sides. Therefore all formative decisions are tectonically and functionally justified while the composition of the white cluster that spreads out is original and authentic. Special attention was given to protection from sunlight and therefore on the south side there is a system of mobile and fixed Venetian blinds, extending the entire floor height with vertically placed lattices that enhance the op-art effect of the house, which changes depending on the position of these lattices.

The apartments belong to a higher but still rational level of living standard. A shift in the attractiveness of the residential units has been achieved in the biggest apartment that develops in half-levels and has a living room on two levels with a kitchen block “floating” in the middle.

FN House shows that within all technical, economic and zoning conditions and limits it is possible to achieve architectural and residential quality that will be lucrative. Moreover, on the level of the project method FN house offered a model that is in a critical position in regards to the majority of the recent residential construction, which often devotes too much attention to profit instead of the concept, although that tends to be not just a Croatian but rather a global syndrome. FN House shows a specific empathy and sensitivity for the user and the developed surroundings while offering added value to the investor. The value of the project has to be sought in its ability to harmonize and mediate between seemingly opposing demands, which is a necessary condition of a creatively successful and socially useful architectural impact.

Read more texts on our project on our Medium page END_OF_DOCUMENT_TOKEN_TO_BE_REPLACED 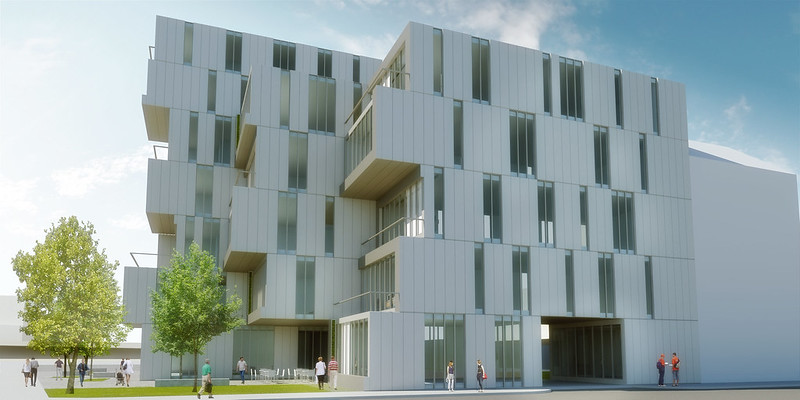 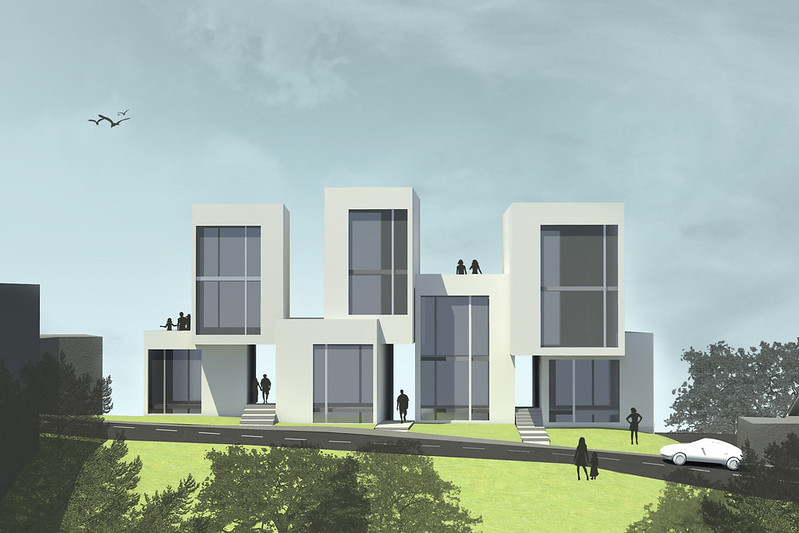 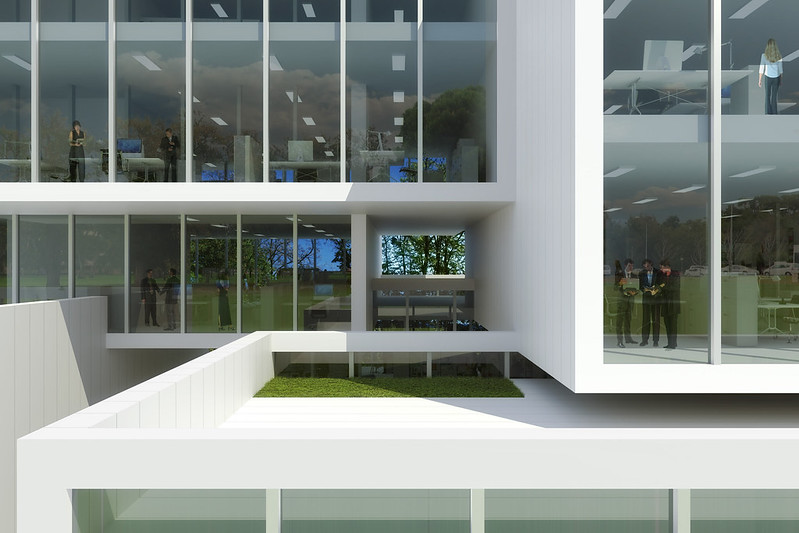